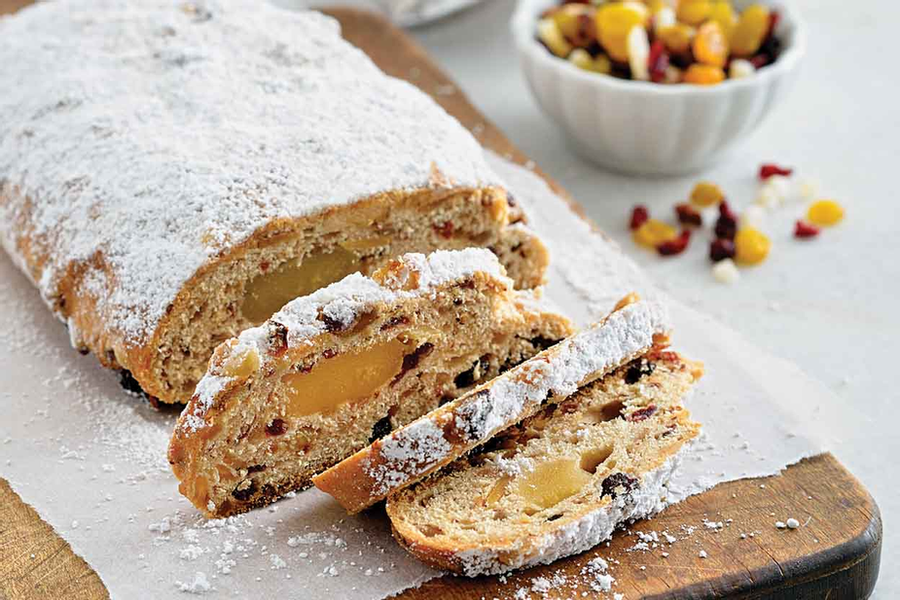 Ever see Marzipan and think, what in the world do I make with that?? Marzipan has tons of uses, but Marzipan can be found in the traditional German sweet loaf Stollen.

Stollen is a dense sweet bread made with flour, yeast, butter, lemon and candied fruit. The tradition dates back to the 1400s and bakeries used to make loaves weighing approximately thirty pounds. This traditions particularly became important to people living in Dresden and they had special Stollen carving tools. It became popular to make a giant Stollen and now Dresden has a annual festival. The heaviest Stollen was made in 2013 and weighed 9,360 pounds!! 😲😲😲

Stollen has had a long history in Germany and in the 20th century, Stollen played an important role during the famous World War I Christmas Truce in 1914. On Christmas eve soldiers began singing Christmas carols and it is often remembered as a oddly quiet evening. On Christmas day, soldiers left the soaked and dreary trenches. These soldiers, from both sides of the field, entered into the dreaded ‘no man’s land’. Here they exchanged whatever they had such as chocolate, tobacco, and even the Stollen German soldiers received from their families back home. Stollen was a piece of home and it is humbling to think these soldiers who faced each other in battle shared such an important gift from home.

It is always fun to make a piece of history in your own home! Give this recipe a shot and check out Verdello for your Marzipan selection!